Why this post today? Because this is the beginning of the propaganda machine starting to tell us to “just take the pain pill.” Based on 146 patients, the “death panel” or rationing board will use this to deny this surgery. Orthopedics is high on the list of reimbursement cuts planned by Obama.

(CNN) — Patients who underwent simulated knee surgery fared just as well as those who got the real deal, according to a new study that’s raising eyebrows about the most common orthopedic procedure performed in the United States.

Jane asks the President if her 100 year old mother (now 105) would have gotten a pacemaker under his plan. Well now that’s a tough one … that costs a lot and maybe we will have to say, just take a pill. Priceless.

The findings, published Thursday in the New England Journal of Medicine, add to a string… 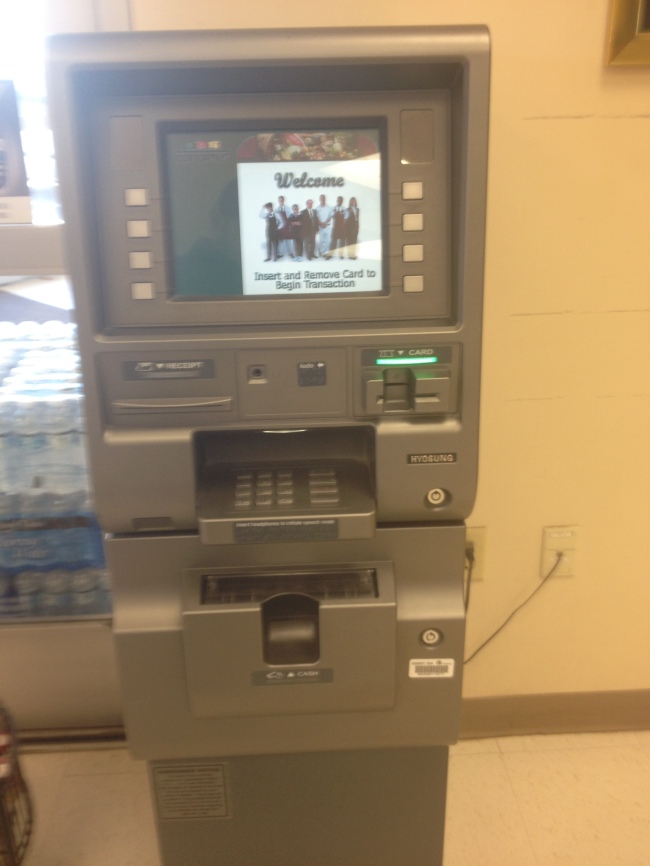 While Obama administration officials have refused to publicly disclose the number of enrollments into the Affordable Care Act, President Obama’s signature legislative achievement, a new report shows the initial figure is very low. Bahaaaa Low they say how about this, So low that i could have signed up people myself.

According to documents obtained,  just six people managed to sign up for health plans on the federal government’s troubled health care site on the first day. By the end of the second day, Wednesday, Oct. 2, a total of 248 people had enrolled in the federal exchanges nationwide.

The data was compiled in “war room” meetings convened within the Centers for Medicare and Medicaid Services after the website effectively crashed on the day of its launch.

Publicly, the Obama administration has said there were 4.7 million unique visits to HealthCare.gov in the first 24 hours.

Obama has failed America there is no coming back from this. He has lied to the American People and with no remorse he moves forward on his liberal socialist agenda.

Up to 16 million people will loose their healthcare plans that work great for them and be forced into this OBAMANATION CARE disaster.

Minnesota Vikings always lacks in the quarterback department, We are always playing these young guys first off QB’S shouldn’t have all the hopes and dreams of fans on a 25 yr old.  3 Interceptions, 2 fumbles. Come on this is going to cost us another season of disappointment… 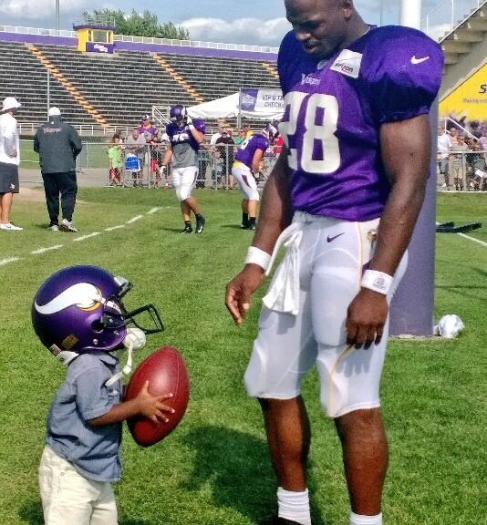 Eminem didn’t need to twerk up against Robin Thicke — or even be at the Barclays Center — to make some noise during Sunday night’s VMAs.

The rapper dropped a 15-second tease for one of the tracks of his new album, along with a title and release date, during a (sort of) commercial for Beats by Dre headphones.

Fans, however, can hear more of the first single — “Berzerk,” a guitar-heavy uptempo track that provided the soundtrack for the Beats ad — on Eminem’s SiriusXM channel, Shade 45, Monday night at 10 p.m.

It’s the first album for the Grammy winner since 2010’s ‘Recovery.’

The too-hot-for-TV performance ended up being one of the most buzzed-about moments of the show, even among celebrities watching at home. Cyrus’ on stage antics also angered the Parents’ Television Council. She is now officially the Disney stripper.

Miley Cyrus’s performance of ‘We Can’t Stop’ and ‘Blurred Lines’ with Robin Thicke led to varying reactions from fellow celebrities.

Miley Cyrus and Robin Thicke‘s jaw-dropping combined performance of “We Can’t Stop” and “Blurred Lines” during the Video Music Awards was the talk of the town on Sunday night , but a lot of the chatter about the 20-year-old singer’s stage antics wasn’t positive, even among her fellow celebrities.

“Haven’t been in a strip club in a while, but good to see nothing has changed,” wrote comedian Bill Maher.

Others weren’t sure what to think about Cyrus’ lewd display.

“It’s nice that Miley is comfortable with herself,” wrote director Judd Apatow.

The singer performed her hit ‘We Can’t Stop’ before stripping to a nude outfit for ‘Blurred Lines.’

The comedian added a photo of the former Disney darling’s much tamer appearance in her movie “So Undercover,” which came out just last year. I think that maybe her people lied to her and made this sound like it was a good idea, I actually feel bad for her.

Mystery solved. America’s ambassador to the U.N. Samantha Power was in Ireland on a personal trip when she missed an emergency meeting on the alleged chemical gas attack in Syria, U.N. sources tell Fox News.

A day earlier, State Department officials were mum when asked for information on Power’s whereabouts. She had come under fire for missing Wednesday’s urgent U.N. Security Council meeting, where delegations weighed how to respond to charges that the Assad regime had just committed the deadliest chemical weapons attack in the country’s two-year civil war.

The meeting, and her absence, came just 19 days after Power assumed the U.N. leadership post.

Power also did not attend a meeting Friday afternoon on Sudan — another trouble spot that Power has focused on in the past — though it is likely that such a meeting would have been attended by a deputy anyway.

But U.S. officials are defending Power, saying she was on a preplanned trip and could not have made it back in time. Power was born in Ireland, and her family is from there. The nature of the visit to her home country is not clear; officials say that since the trip was personal, they were safe-guarding her privacy.

One U.S. Mission official told Fox News that Power was the one pushing for immediate consultations by the Security Council after reports surfaced of the attack Wednesday morning.

The official said Power believed the situation required an urgent response, and should not wait until her return to New York. The official said the U.S. was competently represented at the session by Deputy Permanent Representative Ambassador Rosemary DiCarlo, a seasoned diplomat who had been running the U.S. shop on an interim basis.

The official noted that other permanent members of the council also were not represented by their permanent ambassador at Wednesday’s meeting. The official stressed that Power has been in constant contact with her staff and the White House.

But Richard Grenell, a former U.N. spokesman under the George W. Bush administration, questioned how someone who had been on the job just 19 days could miss the session. Grenell told Fox News that her absence at this meeting could “scar her career.”

The State Department was also unusually coy about Power’s whereabouts when asked on Thursday.

State Department spokeswoman Jen Psaki declined, twice, to say where Power was during Wednesday’s meeting. “I don’t have any more details for you,” she said.

Asked again, Psaki said: “She had a previously scheduled trip. I don’t think I need to go into more detail from here.”

Meanwhile, the administration is looking into the chemical attack allegations, and Reuters reported late Friday that U.S. intelligence agencies have made a “preliminary assessment” that the Assad government did use chemical weapons this week.

White House spokesman Josh Earnest also said “there is some evidence to indicate that chemical weapons may have been involved.”

CNN has released yet another bombshell in the ongoing Benghazi scandal, and it is sure to shock those who haven’t been paying attention. Prepare for a window into the “transparent” Obama administration.

According to CNN’s Jake Tapper, the Obama administration is threatening CIA operatives who were on the ground during the deadly terrorist attack in Benghazi to keep them silent:

CNN has learned the CIA is involved in what one source calls an unprecedented attempt to keep the spy agency’s Benghazi secrets from ever leaking out.

Since January, some CIA operatives involved in the agency’s missions in Libya, have been subjected to frequent, even monthly polygraph examinations, according to a source with deep inside knowledge of the agency’s workings.

The goal of the questioning, according to sources, is to find out if anyone is talking to the media or Congress.

It is being described as pure intimidation, with the threat that any unauthorized CIA employee who leaks information could face the end of his or her career.

This should quell all naysaying that Benghazi is a “phony scandal” and “there is no cover-up.” Possible links to the Benghazi story that the Obama administration might want to cover-up are the arms shipments to al Qaeda-affiliated terrorists in the February 17th Martyr’s Brigade and potential weapons smuggling to al Qaeda-connected rebels in Syria through the Turkish consul.

The CIA operatives’ story is similar to that given by the number two diplomat in Benghazi, Libya — Gregory Hicks. Under oath, Hicks testified that he was told by the State Department not to discuss Benghazi with House Republicans and then was demoted when he did. 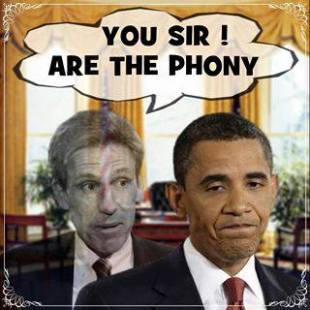